The misconception that healthy food tastes terrible has been proven wrong many times over, but what of the persistent complaint many Canadians make that health food not as affordable? Danielle LeBlanc is a food blogger in White Rock, British Columbia, who has spent several years perfecting her take on a gourmet, gluten free diet–on a budget. A history buff with a Masters Degree focused on modern Middle Eastern and Egyptian cinema, she runs a small business that designs Middle Eastern dance costumes. When she’s not watching obscure old Egyptian flicks, you’ll likely find her writing about her latest “dangerous kitchen shenanigans,” as her husband likes to call them. “I come from a family of cooks,” says Danielle. “Not professionals, but people who love to make good, healthy food. Even my grandfather–he made a mean buckwheat pancake!” 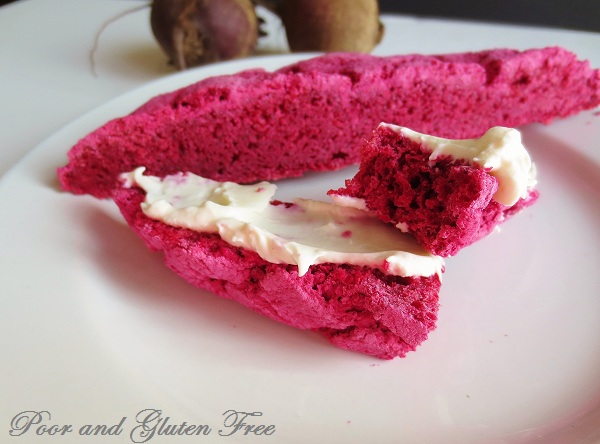 Poor and Gluten Free chronicles the culinary adventures of a creative spirit who doesn’t let the restrictions of Oral Allergy Syndrome interfere with her prolific outpouring of scrumptious recipes. The blog was born out of her struggle with her condition: “I went through a terrible period where I was very ill,” says Danielle. “I was always exhausted, then hay fever kicked in, so I was stuffy and sneezy all the time. Suddenly I developed hives. I think my body kind of shut down–I got pink eye in both eyes and a sinus infection that was so bad it plugged up my left ear! I was wretched, and with two pink eyes and swollen sinuses I looked as awful as I felt.”

Danielle went to see an allergist and found out she had a gluten allergy, as well as Oral Allergy Syndrome (to learn more about OAS, see her excellent post). Both of these conditions are on the rise; in fact, studies have shown that North Americans today are four times more likely to suffer gluten intolerance than in the 1950s. Suspected reasons for this are the genetic modification and hybridization of the wheat plant, as well as the increase in glutinous substances in a variety of other processed foods. might have something to offer other people, so they wouldn’t have to suffer as much as I did,” says Danielle.

She was right about having something to offer people. Shortly after getting started as a blogger, the comments started rolling in. People all over the world were trying her recipes and sharing stories about their own experiences living and cooking with OAS. She was also nominated under Best Health Blog in the 2012 Canadian Blog Awards.

“I’ve encountered some wonderful bloggers and readers,” Danielle says. “I also feel that I’ve helped some people learn a thing or two, whether it be cooking gluten free, using scrap fabric or dealing with lettuce allergies. Maybe it’s an ego thing, but it feels good to know that you’ve helped somebody in some small way.” 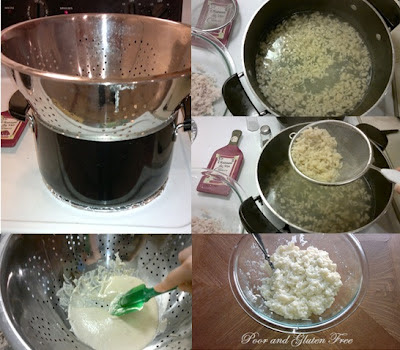 Danielle’s are indeed intended to teach and inform, like the article she posted on Canada Day 2012, entitled Canadian Food 101.

“My Sprouted Lentil Bread recipe is the ‘best’ post in terms of traffic,” says Danielle. “It was an early experiment in trying to make cheap, easy gluten free bread…I’m glad so many people have found it helpful!”

For sentimental reasons, Danielle’s post on making German Gluten Free Spaetzle is one of her favourites. Her Polish grandfather met her German grandmother after WWII; he had been captured by Nazis and forced to work as a labourer. Her grandparents married and moved to Canada, where they served spaetzle to their children and grandchildren. “Creating this recipe brought back some wonderful childhood memories,” says Danielle. “Gluten free spaetzle is also the #1 search term by far that helps people to find my blog, so I hope it helps bring back good memories for other people, too!” 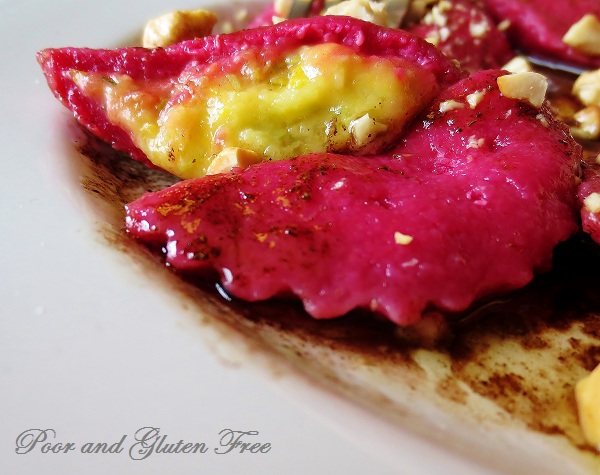 Ravioli is one of my favourite posts,” she says. “And oh boy is it pride! Gluten free baking can be really tricky, so when my GF ravioli dough made with pureed beets came out perfect the first try I was totally stunned. I felt like I had finally ‘arrived’ as a GF cook. I think [it’s] a great demonstration of how far I’ve come since I started my blog.”

Danielle’s plans for her blog’s future include delving deeper into the “…fabulously fascinating yet shockingly time consuming” world of social networking, as well as a new series she’s started on her blog called Waste Not Want Not, and sharing innovative ways to live more sustainably and frugally.

A perfectionist, Danielle is still working on her definition of what makes an ideal blog post. So far, she’s come up with: “I think a good blog post should be informative, accessible, easy to read (or skim as most people do), and maybe even make people chuckle a little.” It’s working.