Canada Blog Friends is proud to showcase Miss World Canada national blog which represents eight other smaller provincial blogs which give as many as fifty young people, each year, a fresh place to publish their thoughts on life in Canada, fashion, beauty and personal style.

Every summer over four dozen female delegates, ages 19-24  are selected in regional competitions all across Canada and are given titles that celebrate their local points-of-origin.  These regional titles each come with blogs which are recycled so they continuously accrue age and authority.  Each year a new contestant assumes their region’s voice.  Each delegate is obliged to blog and share their experiences as representative on their regional blog.  The province blogs are all available for public consumption – follow the links from the main site, right under the official blog link in the top right corner of the homepage. A drop-down menu lists all eight provincial blogs. The Miss World Canada national blog is purpose-built to chronicle the annual six-day long activities-week in Toronto.  This summer blog series always culminates in a Grand Finale where a new national titleholder is selected. 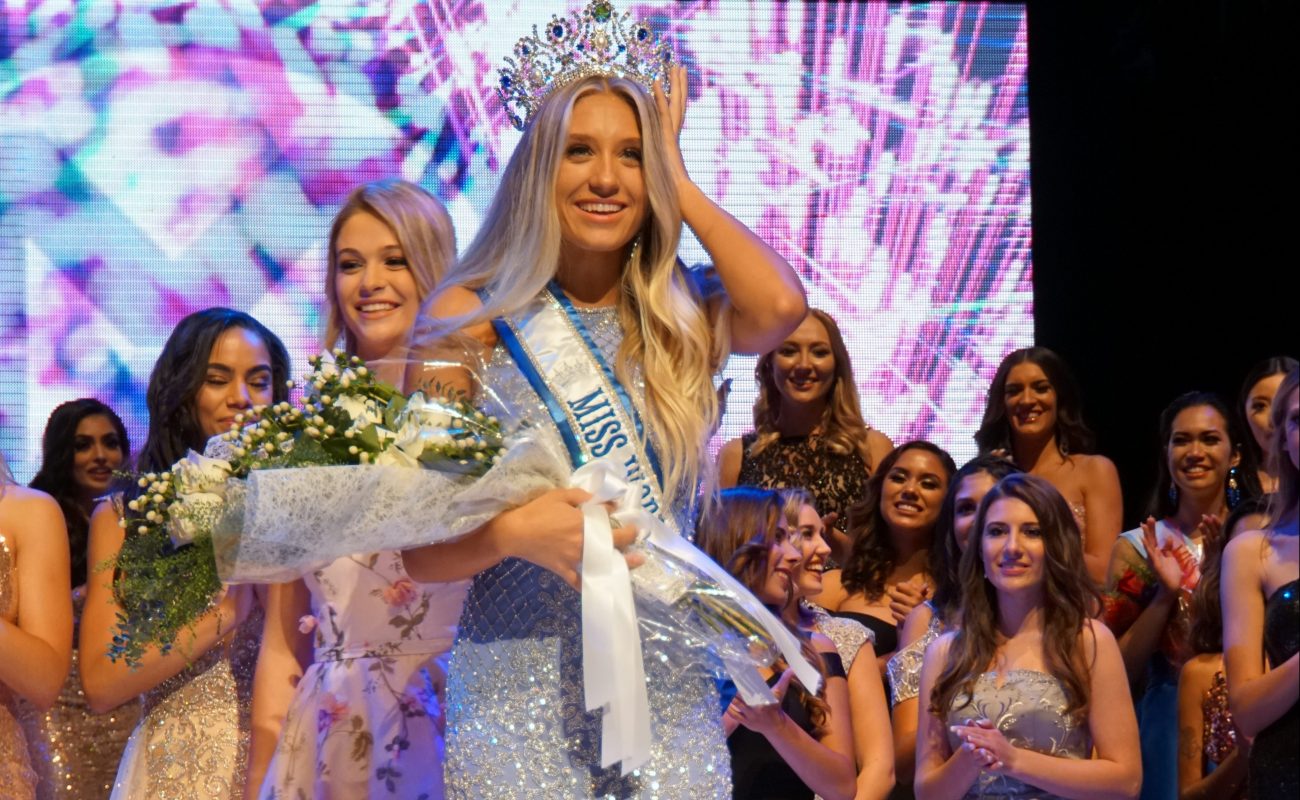 On Saturday the 28 July, at the Lyric Theatre in Toronto, the 2018 Search for Miss World Canada crowned Hanna Begovic, a dance student at York University, as our nation’s representative at the 67th Miss World Pageant in Sanya, China. 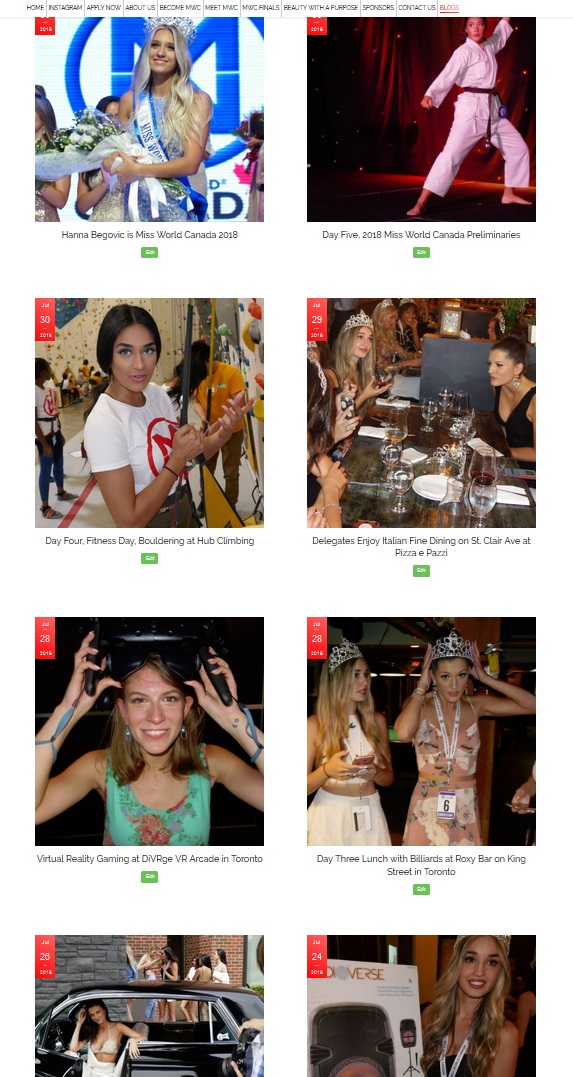 Let it be known, the people you see in the stories on the main portal are in fact other bloggers.  They have all come to Toronto in July to meet and compete in their quest for the crown.

The main sites’ blog shows the congregation doing fun things all week long. Readers can see the entire week at a glance in reverse chronological order.

The week always begins with the Welcome Party, and this is where sponsors dazzle delegates with divine luxuries or fancy new devices. The cover picture shows a delegate posing with s ladies high heel shoe that is a generous sponsor’s donation to the pageant.

The Welcome Party also glimpsed Christina Paruag whom we see again at the Preliminaries and at the 2018 Grand Finale. This young lady is the founder and editor of FemEvolve healthcare magazine and many of the delegates penned stories about their pageant prep for her content portal.

The first meet and greet is followed the next day (Day Two) with Headshots and Modeling.  This post shows Erwin Loewin at work making magazine-quality beauty photographs contrasting an old Cadillac with these young faces.  The post details the food sponsor thanking Clean Meals delivery service in Toronto for dropping by so many delicious gourmet dinners. 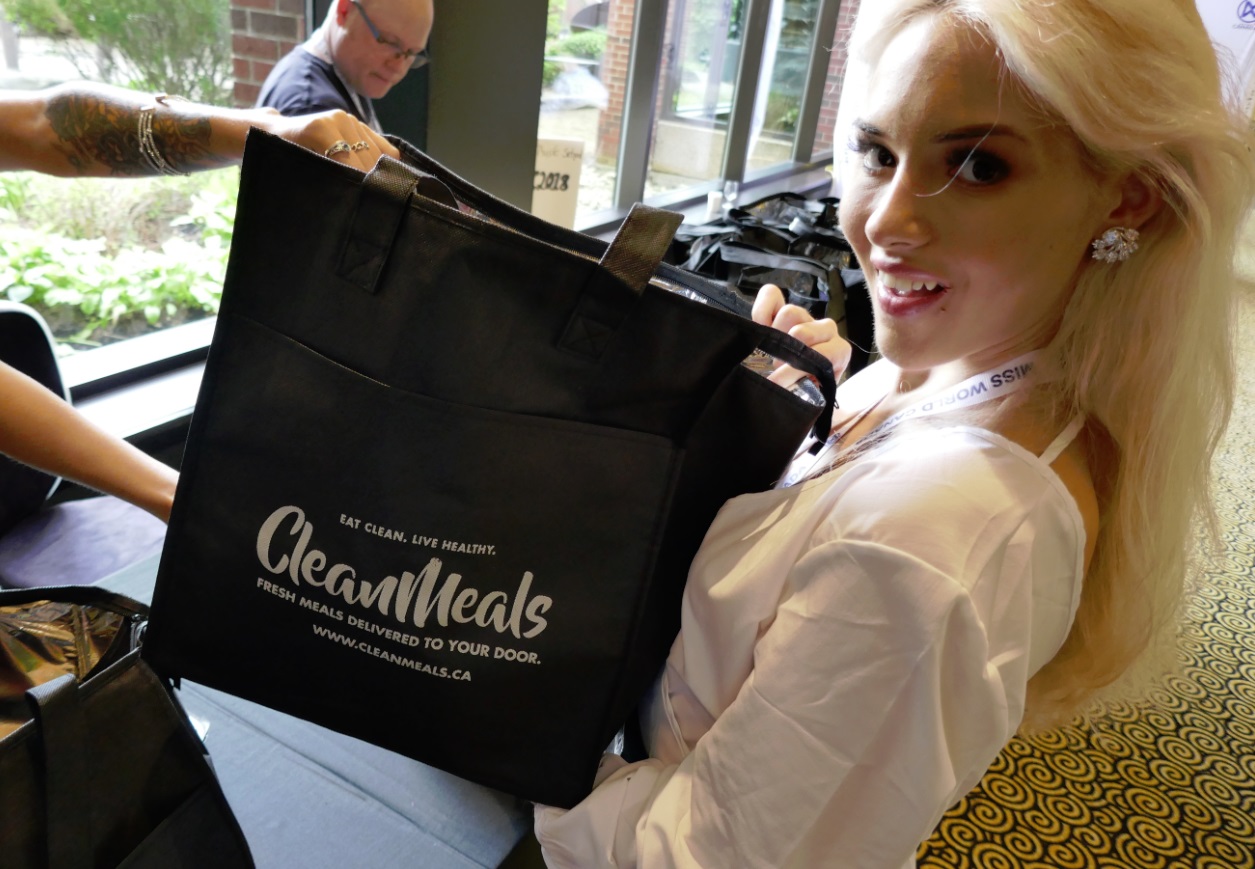 Day Three starts at Roxy Bar playing billiards in Toronto, but the entire day was filled with adventure. Roxy Bar is located on King St W and when the organizers cast about for a co sponsor to give the delegates prizes for sharing (six best) pool shot pictures on Instagram, Premier Matrix Realty Investments stepped up and bought some simple exercise equipment. 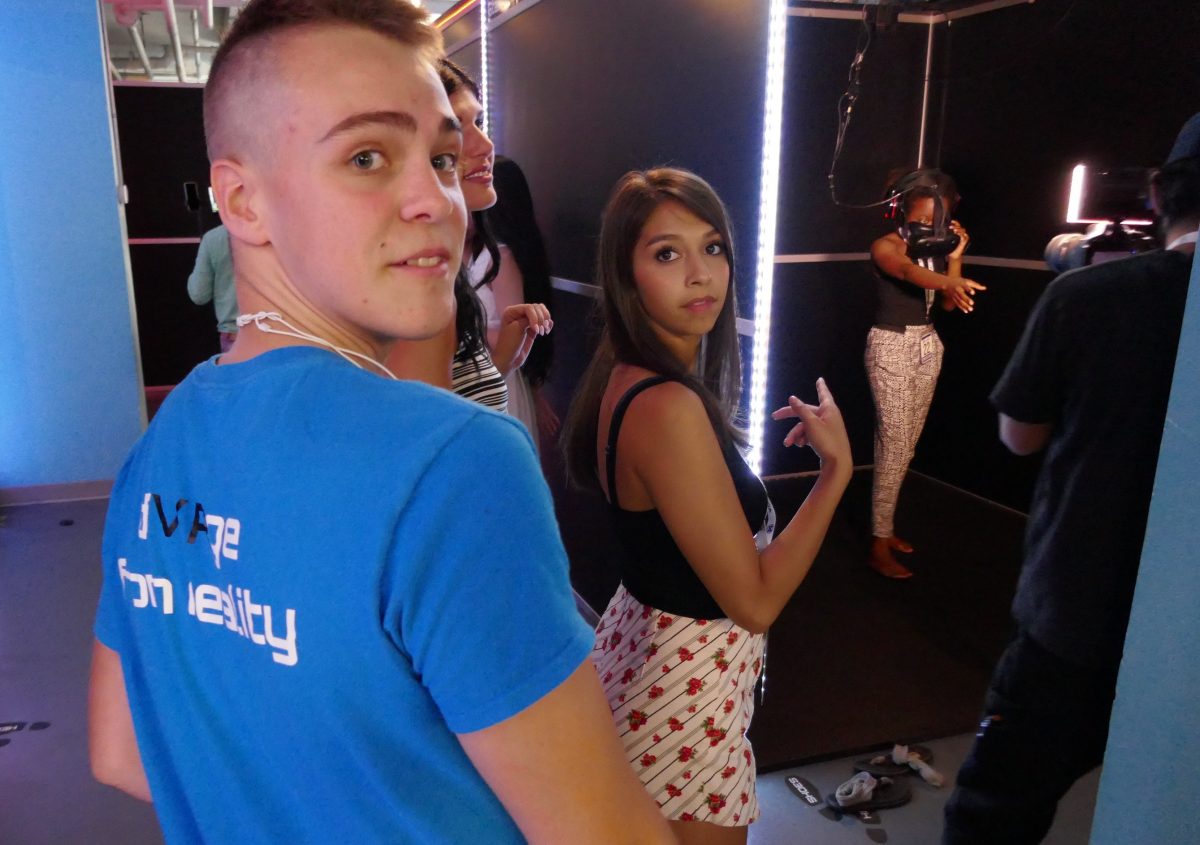 Next the 2018 Miss World Canada delegates played Virtual Realty in an epic multiplayer tournament set up at DiVRge VR arcade on Yonge St.   There’s a YouTube video embedded in this post which shows some of the chaos inside the venue as the proprietors attempt to organize the assembly into teams.  The prizes given to winners at the end of the day are VR goggles which were donated by KPDIVentures tech startup business incubator.

Day Four was Fitness Day, and this mini competition was hosted at Hub rock climbing gym.  This was an action-packed post in which we see lots of activities and the real-life scores from Fitness Day are posted. The ladies did vertical and horizontal climbs (bouldering), and then one by one they attempted to scale a massive Dragon statue where each rock ‘rung’ was worth points and staff members scrutinized the climb. Lunch that day was catered by Johnnys Schwarma in Scarborough.

Day Five was the Preliminaries and once again we see Christina Paraug here as one of the Judges at the show and deciding the Top 20 candidates. The piece also shows Fernando, the brains behind Genesis Multimedia productions. 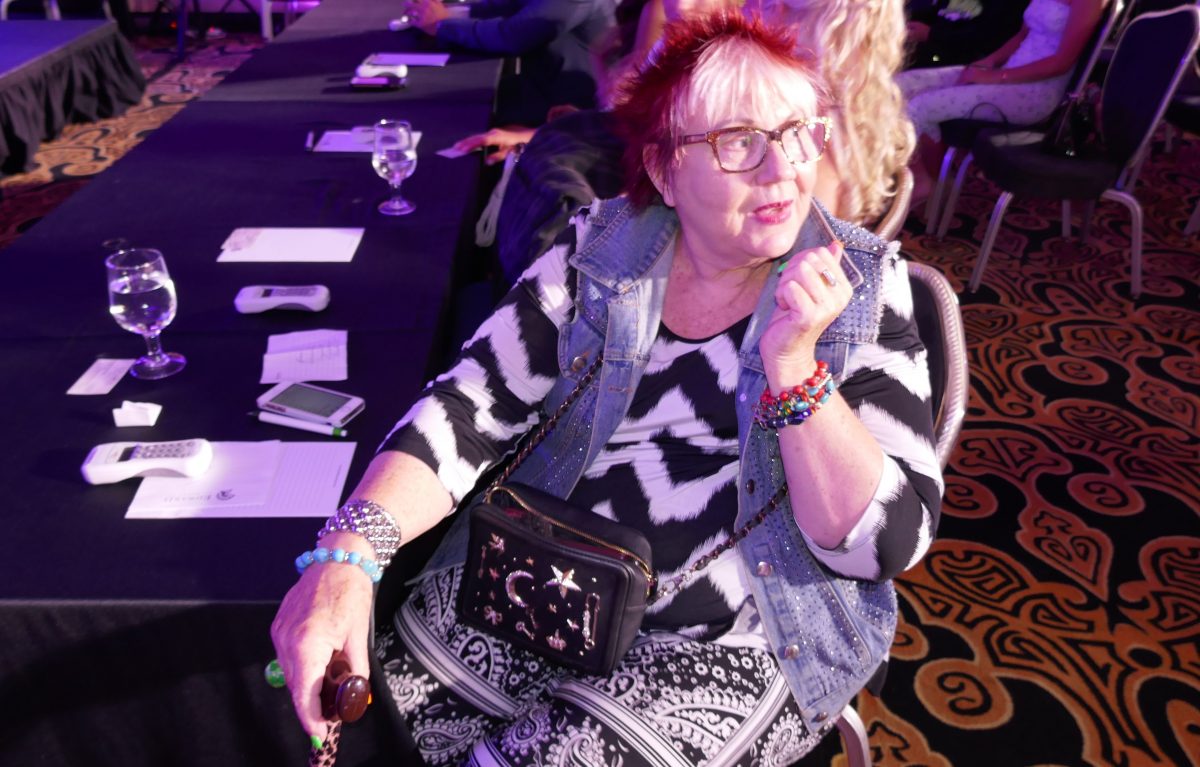 Day Seven – The blog series ends with Hanna Begovic being crowned Miss World Canada 2018.  Day Seven is the Grand Finale competition post and comes complete with video performances of the stage show at Lyric Theatre. We see Judges, dance choreographers, and even the pageant director Michelle Weswaldi herself.   After the show the blogger goes behind the scenes with Melani Chong the founder of MC2 Beauty skincare serums who is herself a top model, and is now a Canadian fashion and beauty business role model. 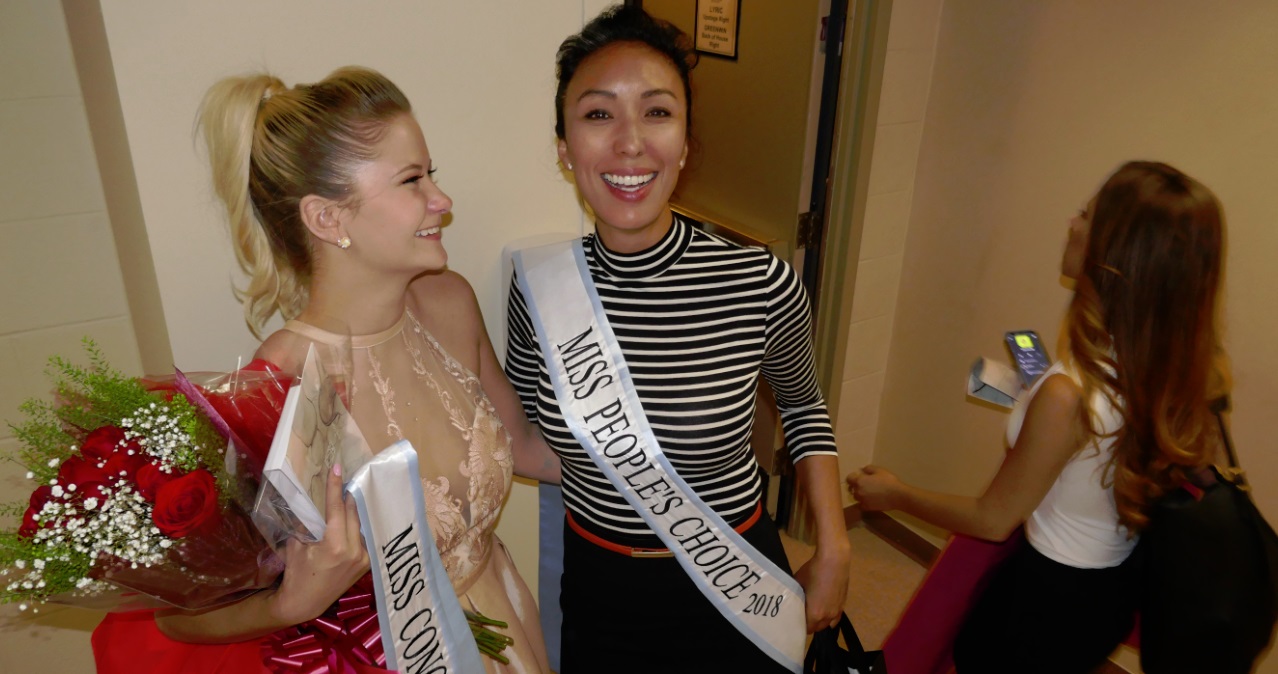 The blogs you see on site today in August 2018 will probably not be updated until the 2019 Miss World Canada begins, which happens in January with the Miss Ontario World pageant.  The portal is left deliberately stagnant for months because the eight summer posts function as a sales brochure to convince young people to join the contest.