Jes of XOXO is a humorous and often sarcastic voice situated in Calgary, Alberta, or “Calgs” as she calls it. She’s a prolific blogger that’s always up to date on the latest entertainment and events in her hometown, and she shares celebrity gossip from around the world. A self-proclaimed hater of many things, Jes loves writing; her blog is nominated in the categories of Overall Humour, Best Post and Pop Culture Blog in the upcoming 2011 Canadian Blog Awards.

XOXO Jes tagline is “There’s something fascinating about things you don’t need to know,” is a pop culture roundup (in the crass and vulgar tradition) of current events – its the only one of its kind in Calgary. “If I knew the secret behind people’s obsession with fame and celebrity I would totally capitalize on it,” Jes says. 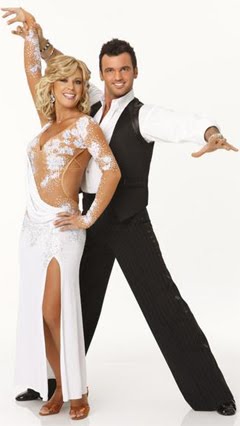 “All I know is that there is a large group of people who seem to care that Justin Bieber cut his hair and I would like to be the one to tell them…with some added sass and a couple zingers.”

Jes graduated university a year earlier than her friends, and she found herself watching a lot of Friends reruns after work while her real friends plodded through their homework. She was restless, and even though Friends has the distinction of holding an infinite place on her Love List, she knew she couldn’t watch the same episodes over and over forever. So, she turned to Jon and Kate Plus 8 and the rest is history: “Kate Gosselin annoyed me so much I would rage about her for hours, literally, to my roommate’s dismay,” Jes explains. “I finally decided to put in in writing and that’s when the blog was born. No joke, you can go back to the beginning and see that Kate started it all. Thanks Kate, you did one good thing. Only one.”

Jes didn’t start blogging with any intentions to be the next Perez Hilton–“there was no deep thought behind my first post, or any of the ones after that,” she jokes. “If I were to stop blogging today there wouldn’t be a domino effect of destruction or any kind of void left in the universe. No, honestly, I started blogging because I like to write my opinions and I keep doing it because I still enjoy it and for some reason people seem to like it, grammatical errors and all.” Since that fateful first encounter with the Gosselin family, Jes has written over a thousand posts, interviewed some of her favourite entertainers like Vancouver band Said the Whale, been called a “Fairy Godmother” by a Juno winner, and even scored VIP access to the Cowboys Tent at the Calgary Stampede. “Trust me, it’s a big deal,” she says, adding, “Just kidding…kind of.”

Celebrities and entertainers choose a public life, and in so doing share their talents (and shortcomings) with the world. But why blog about them? “There are tons of crass rude blogs out there in every form, and since entertainers are such easy targets there are more of those types than others,” says Jes, although she’s the first to admit that her blog was not an original concept. What makes it unique, however, is that it’s the only one of its kind based in Calgary. “Calgs is an interesting city that has hidden relevant-to-what-I-write gems that I explore,” she says. Of course, Cow-town celeb gossip is not an every day occurrence so I fill with various other Canadian entertainment stories or the more general stories of the hour. Most of my readers come from Calgary; [I’m] not sure if that is because they know me, heard of me or have searched something relevant to the city which has led them to my blog. All I know is that I have many Calgary faithfuls. That being said, I could probably live in the Yukon and still do the same thing. Live show reviews may be difficult, but I am sure they have the occasional performer up there…right?!”

It isn’t always easy for Jes to keep on top of work, life and blogging, but juicy celebrity scandals keep pouring in along with new TV shows, albums and viral videos. To maintain consistency, Jes established the XOXO Weeklies, three posts her readers can expect week after week: Top 5 comes out on Mondays, and lists a Jes’ top 5 picks for whatever is on her mind on a given week. Out This Weekend lists movies hitting theatres, and Jes’ pick for which one looks best. #NowPlaying: MG’s Pick of the Week is written by MG, a woman from Halifax, Nova Scotia–the only guest blogger featured on XOXO Jes–who recommends a tune every Friday.

For Jes, a good blog is an honest one. She doesn’t necessarily have to agree with what the author says, as long as they say it with conviction. “Because my opinion is, more often than not, extremely negative I have a rule: I must always be honest,” she says. “I love what I love and hate what I hate, no compromise. I know not everyone is going to agree with me, but I’d rather be hard-hitting than a puff writer who blows smoke up people’s asses to get on their good side. I may not always lean with popular opinion, but you know it is always my opinion and not someone else’s.” Jes’ frank, fierce and fearless approach is part of what makes XOXO Jes so appealing, but she’s had her fair share of haters, too. “I love my hate mail. It keeps me real,” she says. “If you are going to dish it out you have to be able to take it, so I appreciate that not everyone agrees with me.” Some of these strong opinions can be found in blog posts like the letter to the girl sitting behind her at a Ke$ha/Rihanna concert, an in-depth analysis of why she hates Nickelback so no one would ever ask her again.

Jes has no plans to write her last blog post soon, or any plans at all, really. In an ideal world “some rich enlightened person” would pay for her to blog full-time, but until then she’s fully enjoying what she’s doing. “Hopefully I’m around for awhile and don’t get burned out trying to keep up with the many jailing of Lindsay Lohan,” she says. “Maybe one day I will go big and get an XOXO Jes Facebook page. Or not, again…no strategy here.”